The Impact On Homeowners Of The Tax Overhaul Bills

Impact on Homeowners
Both chambers of Congress have passed tax overhaul bills. There are still opportunities to make the final legislation better for homeowners. 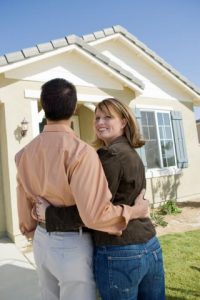 Currently most homes are priced under $500,000. Even the homes priced above that amount do not necessarily have mortgage interest exceeding $500,000. Nevertheless, there are some states that have substantially high-priced homes.

An impact that is harder to assess is the requirement to live in a home for 5 years (down from 8 years) in order to qualify for the capital gains exclusion taxes. An NAR survey of recent home sellers reports that about one-quarter of all sales are within 5 years from the purchase date. Rather than behave the same as before with the quarter of home sales facing capital gains tax, the likely outcome is to keep homeowners staying put for at least 5 years in order to avoid this tax.

That means, the federal government will collect a very small amount of tax revenue while causing big headaches for homeowners who want to advance in their lives and move when they desire. The states with the highest number of homeowners who have recently moved are as follow: Arizona, Colorado, Idaho, and Nevada with 31% of homeowners living in their current home for less than 5 years. Utah and Wyoming were at 29% and Florida, South Dakota, and North Dakota at 28%.

Dupont Real Estate & Keller Williams5 months ago
VIDEO: If your library will function as a home office, include space for a desk...

Dupont Real Estate & Keller Williams5 months ago
Just because the flushable wipes might be better for your bum, doesn’t mean they’re good for your pipes! 🍑🚽 Read why by clicking the link! 👀
•
•
•
#wipes #toilet #pipes #plumbing #flushablewipes #nightmare #plumber #blog

Take it to the Top: How to Throw a Rooftop Bash

Who needs a backyard when you have a roof? Rooftops have become all the rage for urban entertaining. Next time you take the party to ...
Read More...

Pooch Power: Why Dogs are Good for Us

There’s much more to owning a dog than gaining a cuddly companion. According to one study, dogs enhance our overall well-being, providing a range of ...
Read More...
See all blog posts