Americans are finding cause for concern with their finances, and uncertainty over their spending habits and overall financial confidence might be behind it. According to the latest Country Financial Security Index® survey, nearly half of individuals (47 percent) do not keep track of their monthly discretionary spending whatsoever. Also, a majority (51 percent) rate their financial security as just fair or poor.

When asked about their biggest financial fear, being able to retire comfortably was the most common worry cited by 28 percent of Americans.

Healthcare expenses (18 percent) and being able to afford rent or mortgage payments (11 percent) are also weighing on a number of Americans nationwide.

These aren’t the only financial fears that are top of mind. The rapid growth of online banking is creating a new concern for many Americans. Nearly seven in 10 (67 percent) are worried about their financial information ending up in the wrong hands as banking and payments become increasingly digital.

For many, their cause for financial anxiety might have something to do with “keeping up with the Joneses.”

Americans with a financial planner, however, are feeling more confident about their finances and less stress from family and friends.

If you’re not already, consider hiring a professional to help navigate your financial decisions – doing so might put those fears to rest for good!

Affordable Housing Is the Golden Goose of My Real Estate Portfolio—Here’s Why
As a real estate investor, this is why I am solely focused on C-class affordable housing to add to my portfolio. With rising rents and skyrocketing home prices, I look at affordable housing as my golden goose.
francine-dupont.cb1.so
1    View on Facebook

Dupont Real Estate & Keller Williams2 days ago
Beyond that, more than 80% of homeowners said they wouldn’t go back to renting.

Good news for the mortgage business: Nearly all homebuyers are happy they stopped renting
Despite recent data from Freddie Mac showing that more than 80% of renters view renting as more affordable than buying a home, new data from Bank of America shows that the vast majority of renters who made the plunge into homeownership have no regrets about their decision.
francine-dupont.cb1.so
1    View on Facebook

Dupont Real Estate & Keller Williams3 days ago
From a smart-car charger to a smart gate, what you need to outfit your storage space

A Guide to Smart Garage Gadgets
From remote security and door opening to automated bike storage and charging stations, these are the latest intelligent garage devices on the market.
francine-dupont.cb1.so
1    View on Facebook 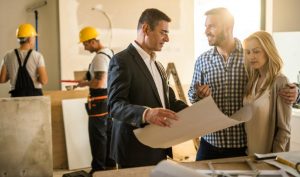